Pork Tenderloin that is out of this world juicy and flavorful!

Company pleasing, Valentine worthy Cajun Pork Tenderloin smothered in Tangy Pineapple Glaze is sweet and spicy and melt in your mouth tender!  The layers of flavor or out of this world and its easier than you think! The entire pork tenderloin recipe requires less than 60 minutes and MOST of that time is hand’s off brining and baking. I’ve included detailed instructions, tips, tricks and everything you need to know to make the juiciest pork tenderloin, even if you’ve never made pork before.

Can you believe we have breezed passed the holidays, Super Bowl, and its time for Valentine’s Day already?!  I love my Valentine with all my heart (cue sappy Our Love Story Post).  He still hides packages of Sour Patch Kids for me to find when he goes out of town and I hide love notes for him to find in his luggage.  Marrying my best friend has made for the best 13 years of my life.

So when I asked him what I should write about Valentine’s he said, “Roses are Red, Violets are Blue, I hope you love this Pork Tenderloin too!”

The man has skillz. But he speaks the truth, I think you will love this pork tenderloin recipe!  And like I said in the intro, it is easier than you think!  Even though the ingredient list is somewhat lengthy, most of them are spices and ingredients you already have in your pantry just waiting to transform everyday pork into this better-than-restaurant pork tenderloin.

The pork tenderloin is crazy moist and tender by first being placed in a water/salt/ brine for 20 minutes.  Brining is like marinating meat in that it helps keep meat moist and tender by increasing the moisture capacity of the meat, resulting in melt in your mouth meat when cooked.

The pork tenderloin is then rubbed in a flavorful but not too spicy Cajun rub, and then baked while being glazed with a tangy maple Dijon glaze. The remaining Maple Dijon Glaze gets simmered with crushed pineapple to create an out of this world sweet, tangy Pineapple Glaze/Sauce.  I am already concocting other recipes based on this glaze because I am so in love with it and even more in love with the sweet, tangy slightly spicy combination that is this Cajun Pork Tenderloin with Pineapple Glaze.

Roses are Red, Violets are Blue, I hope you love this Cajun Pork too!

WHAT IS THE DIFFERENCE BETWEEN A PORK LOIN AND PORK TENDERLOIN?

Pork Tenderloin is NOT pork loin – you cannot use them interchangeably. Here are the main differences:

How much is a pork tenderloin?

You can purchase pork tenderloin in the meat section of your grocery store.  I usually purchase mine at Costco which costs about $15 per package.  It is pricier than chicken, but still a fabulous price to feed the entire family a restaurant worthy dinner.

How can I buy PORK TENDERLOIN?

DO I NEED TO REMOVE THE SILVERSKIN BEFORE COOKING?

The silverskin is part of a sinew on one side of the pork tenderloin and looks like thin, silvery fat.  You will want to remove it because it can become tough and chewy when cooked.

Many packages of pork tenderloin will come pre-trimmed so you don’t need to worry about removing the silverskin before cooking in the oven.    If your pork comes with the silverskin intact, however, you will need to remove it before roasting.

How to make the JUICIEST PORK TENDERLOIN

The best Pork Tenderloin recipes always start with a brine because brining = the JUICIEST pork tenderloin. You are probably familiar with brining a turkey, and the same concept holds true to brining pork tenderloin. Once you brine pork, you will never go back!

Brining produces tender, juicy pork tenderoin every single time because it actually changes the molecular structure of the pork without having to prep and plan ahead with an overnight marinade. It also brings the pork to room temperature so it cooks more evenly instead of drying out the outside while waiting for the inside to cook.

If you’ve never brined any protein before, don’t be intimidated – it literally takes 20 minutes!  You actually can’t marinate it longer than that or the pork will become mealy – so literally 20 minutes!  To brine pork, you will combine the following:

The brine tenderizes the pork tenderloin by changing its cell structure. The salt: 1) hydrates the cells of the muscle tissues via osmosis; 2) allows the cells to hold on to the water while they are cooked by breaking down the proteins so they can no longer contract when cooking.  This means less water will be squeezed out and lost, resulting in juicier pork.

WHAT TEMPERATURE SHOULD I BAKE PORK TENDERLOIN?

Pork Tenderloin is a very lean cut of meat so it requires a relatively high oven baking temperature, about 400-425 degrees F.  Lower temperatures require longer cooking times (up to an hour) which dry out the pork.  By cooking at a higher temperature, the meat is cooked through before it has time to dry out.

HOW LONG TO COOK PORK TENDERLOIN?

The cooking time for pork tenderloin will depend on:

That being said, typically pork tenderloin requires 25-30 minutes at 425 degrees to reach 145 degrees F at the thickest part of the pork.

According to USDA guidelines, pork tenderloin is safe to consume when a thermometer inserted into the thickest part of the meat registers 145 degrees F.   This means it will be slightly pink inside which is OKAY.

This 145-degrees temperature is 15 degrees less than the old standards of 160 degrees F which would mean the pork would be completely cooked through without any pink.  The research shows, however, that 145 degrees F is the same safety-wise as cooking pork to 160 degrees F AND yields much more tender pork.

Your pork will increase anywhere from 5-10 degrees in temperature as it rests, so I like to take mine out as soon as it hits 145 degrees for the juiciest pork.  If you overcook your pork tenderloin, it will transform from fork tender to dry and chewy.

This is what your pork will look like with the allotted 5-minute resting time:

HOW TO COOK PORK TENDERLOIN

Cooking pork tenderloin is very simple even though it looks like a few steps:

WHAT SIDES ARE BEST WITH BAKED PORK TENDERLOIN?

This Pork Tenderloin recipe pairs beautifully with any number of sides from simple rice and a big green salad to more elaborate fair. Here are a few of my favorites:

HOW TO USE LEFTOVER PORK TENDERLOIN

Due to the tenderness of pork tenderloin, it makes fabulous leftovers. It is delicious plain, on sandwiches, in wraps, rice, eggs, hash browns, pastas/ramen, pasta salads, rice, or soups.

HOW LONG IS LEFTOVER PORK GOOD FOR?

Leftover pork tenderloin should be stored in an airtight container in the refrigerator. When properly stored, pork is good up to 5 days.

Pin it to your Pork, dinner or holiday Board to SAVE for later!

Print Recipe
Pork Tenderloin with Pineapple Glaze
Company pleasing, Valentine worthy Cajun Pork Tenderloin smothered in Tangy Pineapple Glaze is sweet and spicy and melt in your mouth tender! The layers of flavor or out of this world and its easier than you think! The entire pork tenderloin recipe requires less than 60 minutes and MOST of that time is hand’s off brining and baking. I’ve included detailed instructions, tips, tricks and everything you need to know to make the juiciest pork tenderloin, even if you've never made pork before. 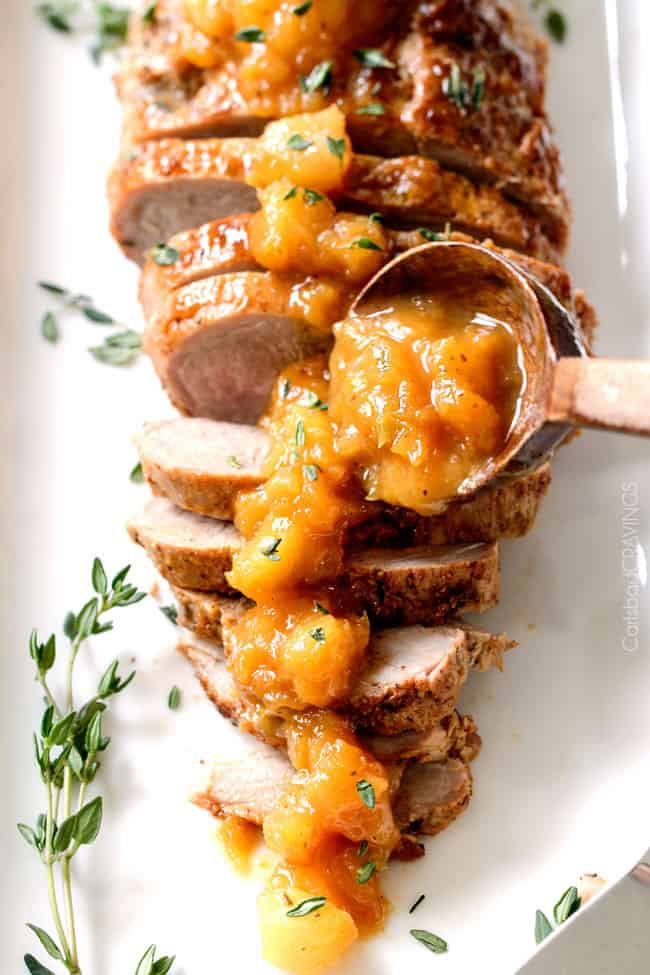 You can prep the grilled pork tenderloin up to different stages instead of making all at once: 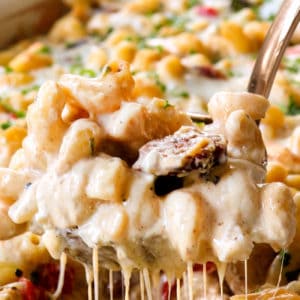 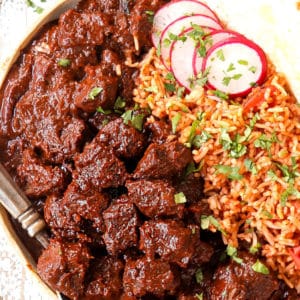 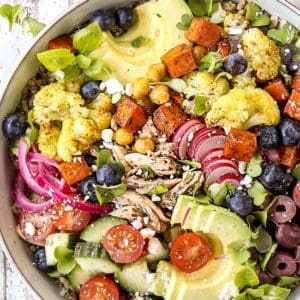