TURTLE BROWNIES seeping with pockets of caramel, infused with pecans and chocolate chips, smothered in the BEST chocolate frosting and topped with more caramel!

These Turtle Brownies are so outrageously delicious that although I had a list of people to deliver the leftovers brownies to, they didn’t make it.   I embarrassingly will admit that Patrick and I ate the entire pan of brownies by ourselves.  The entire pan.

When I made them again for the video and managed to give the leftover Turtle Brownies to three friends, they ALL posted on their instagram stories.  One friend said, “These are the “best brownies I’ve ever tasted.”  Another friend showed a picture of the plate with one brownie left and said, “Should I save it for Paul?” (her husband)   The third friend said she would never make any other brownie recipe again. 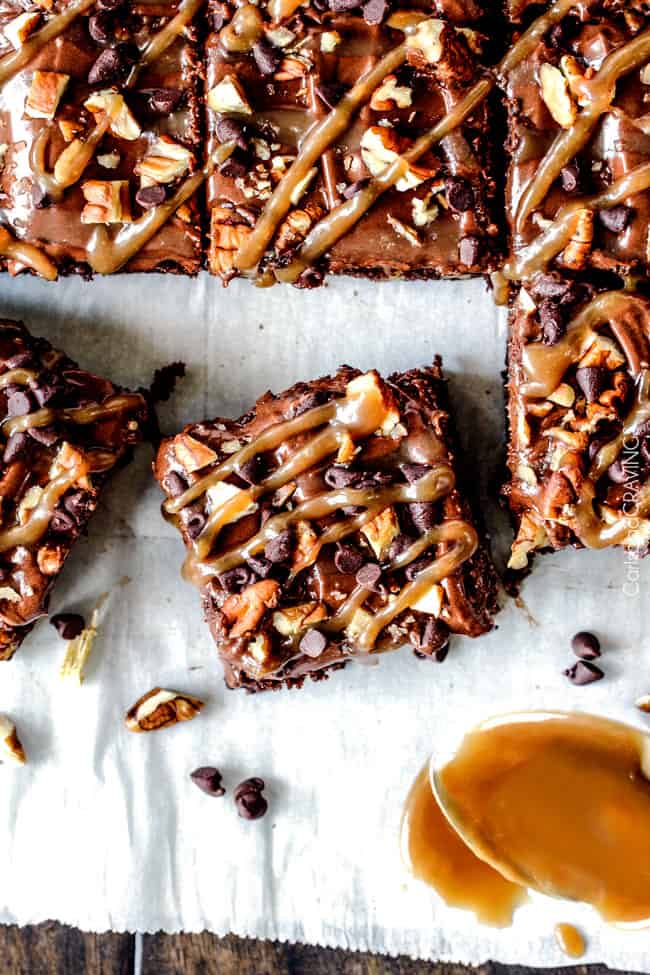 Yes, friends, my thoughts exactly.  Just like my Turtle Cookies, these Turtle Brownies are intoxicating.  They stay moist for forever because of the caramel IN the brownies and the silky chocolate frosting should be boxed and sold.  To top it all off, the dance of crunchy pecans, chocolate chips, and creamy caramel is texture bliss.   So just a fair warning, with one bite, you won’t be able to say no to these Turtle Brownies unless you have the will power of steel.  Pure steel.

How to Make Turtle Brownies

I wanted to create the best Turtle Brownies, so I took my favorite simple brownie recipe, added pecans and chocolate chips to the batter. 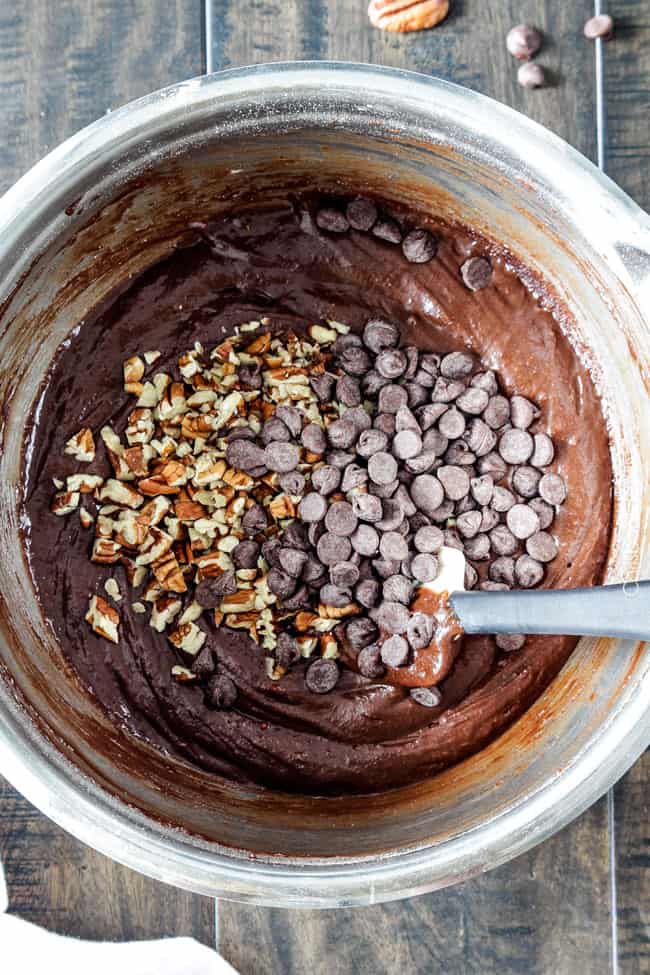 Then poked holes all over the top and poured my favorite Easy Creamy Caramel (so good you will eat it with a spoon!), to sink deep into the craters so every bite is super moist and caramelicious… 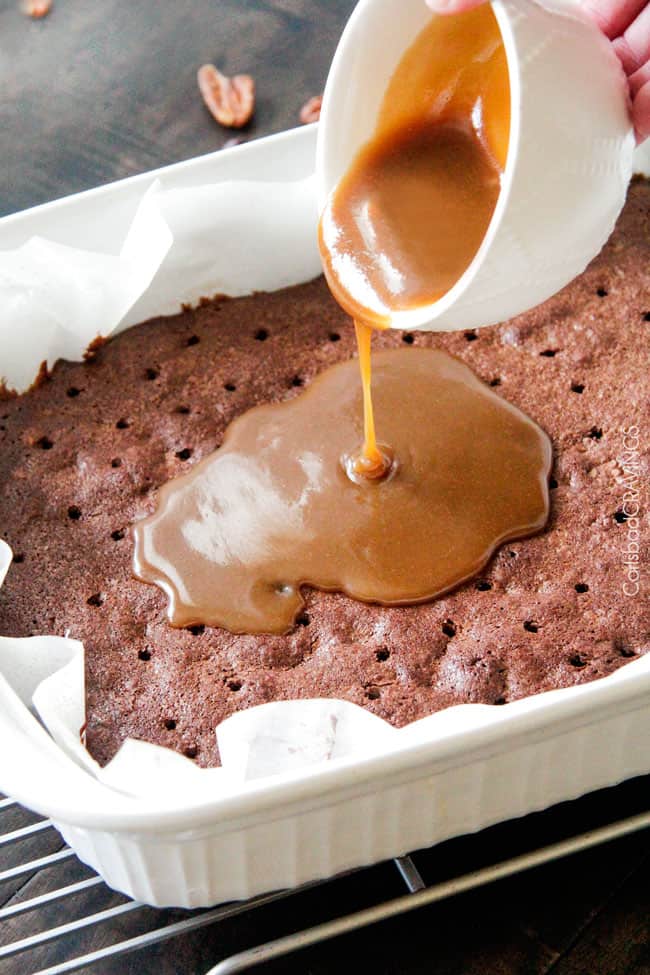 Then I spread the caramel all over the Turtle Brownies so it glides deep into the brownie pockets. 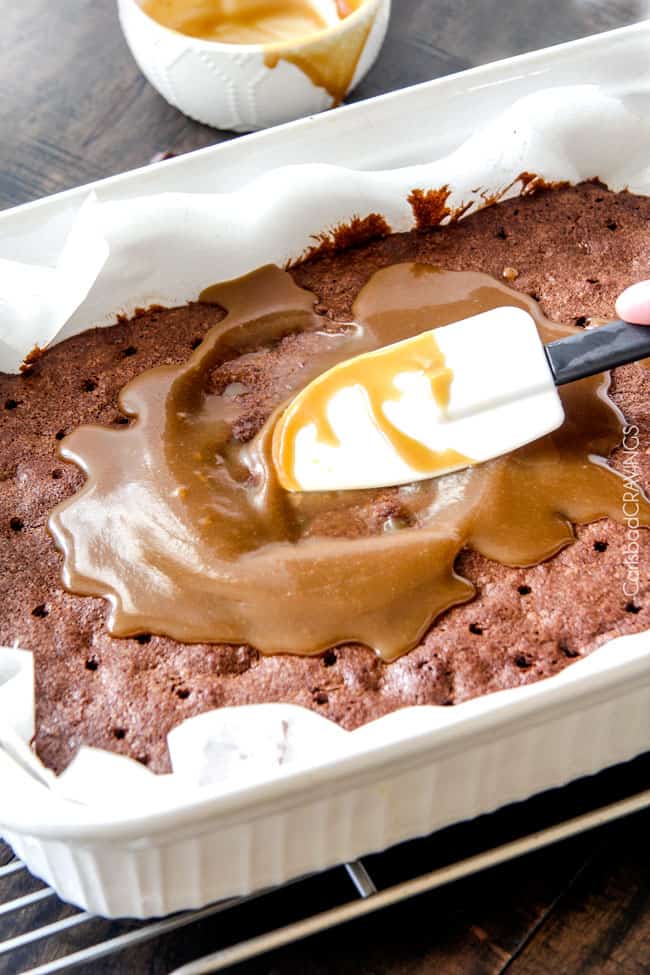 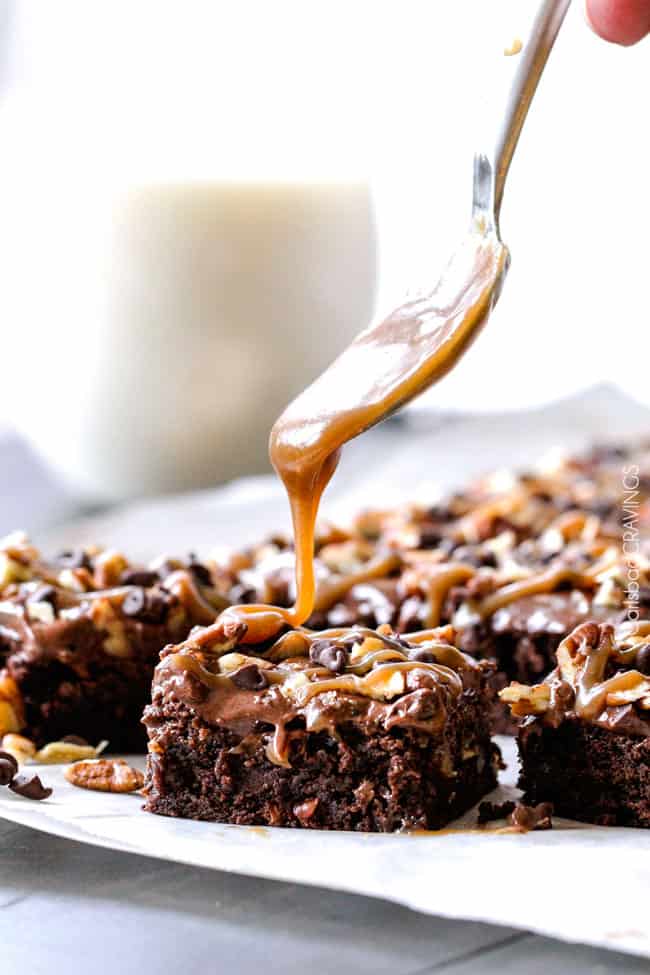 How to Serve Turtle Brownies

My favorite way to eat these rich, million dollar morsels is to microwave them for 10 seconds or so, just enough to warm the Turtle Brownie, liquefy the caramel and soften the chocolate frosting to melt in your mouth heaven.

How Do you Store Turtle Brownies?

Cover Turtle Brownies and store at room room temperature for up to one week.  They caramel pockets keep them nice and moist.

Can I Make Turtle Brownies Ahead of Time?

You can make just the Turtle Brownies without the extra nut/caramel topping and freeze for up to 3 months.  When ready to serve, thaw the brownies overnight in the refrigerator, then bring them to room temperature on the counter before serving. 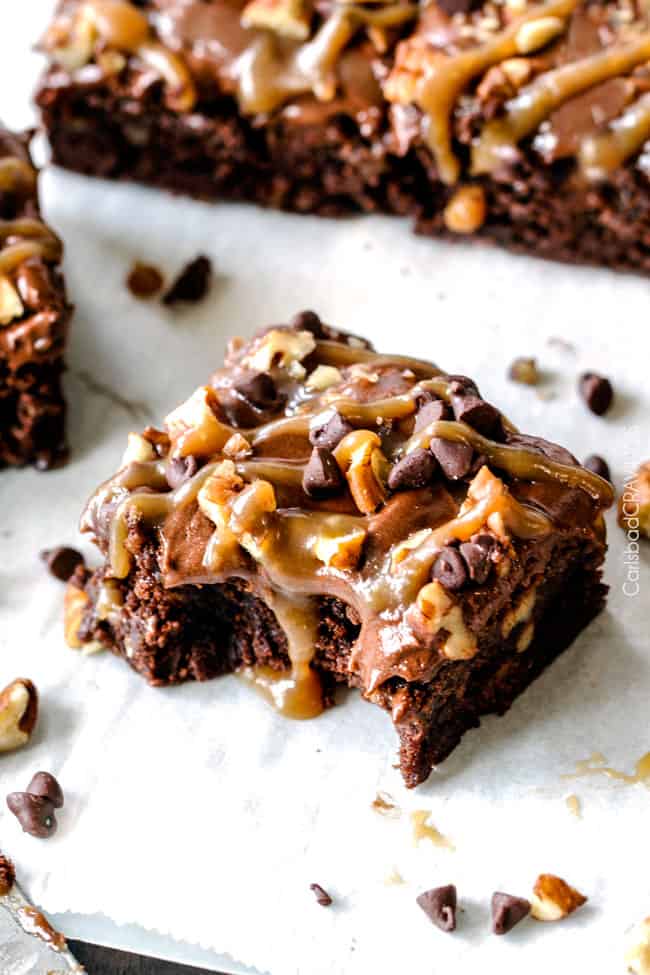 Can I  Leave the Nuts Out?

If you have a nut allergy or are not a fan of nuts, then you can omit the pecans.  The brownies, however, will no longer be Turtle Brownies, just Caramel Brownies.

Can I Use Store Bought Caramel Sauce?

I highly recommend my own Caramel Sauce recipe – I think it “makes” these Turtle Brownies and only takes 5 minutes to make!   But yes, you can use store bough caramel sauce, NOT ice cream topping.  The ice cream topping will be to thin and not have the same rich, luscious results. 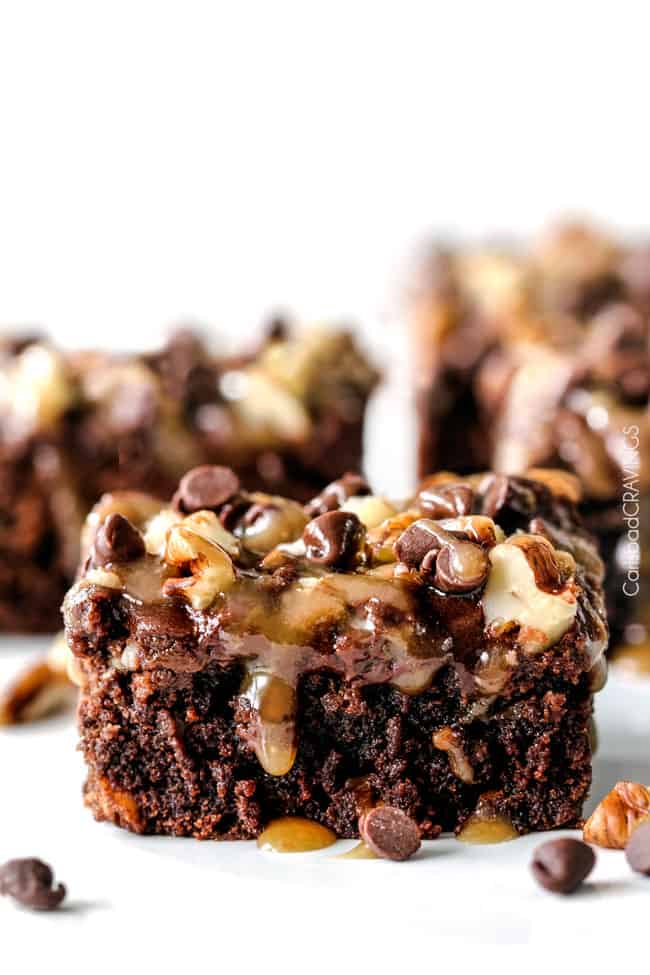 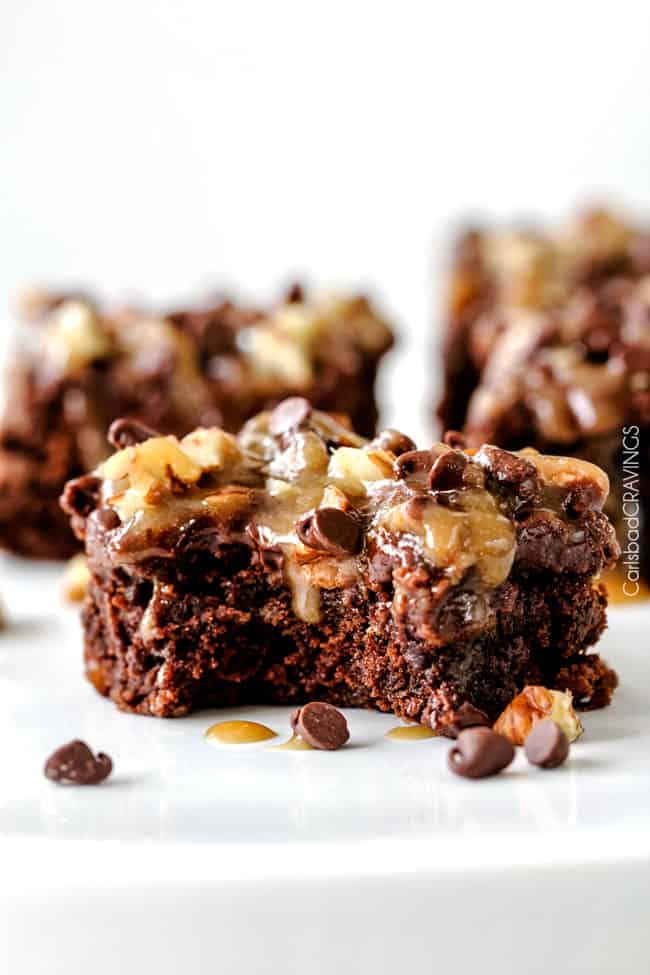 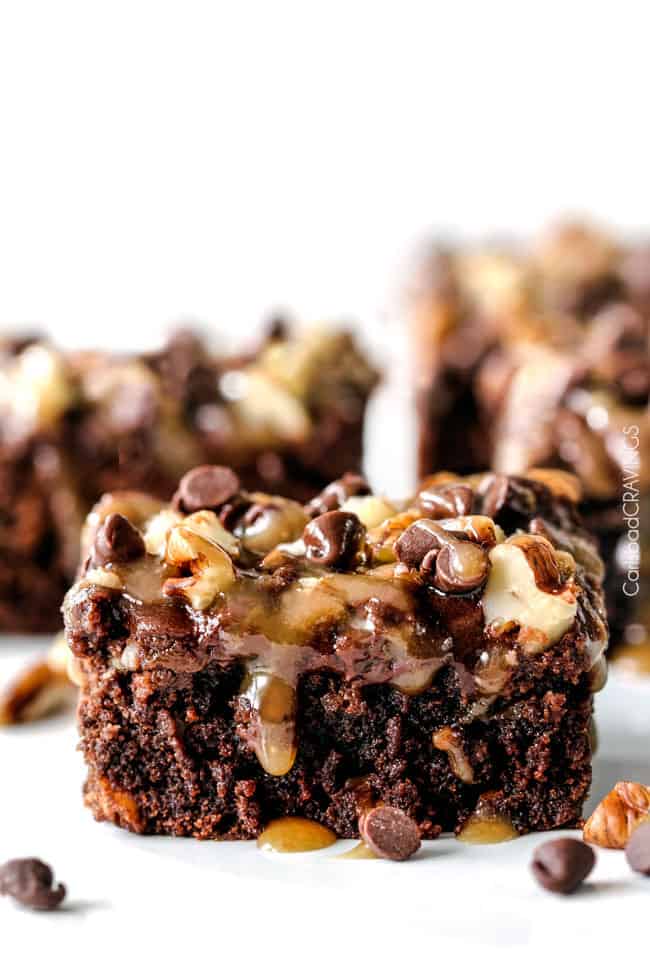 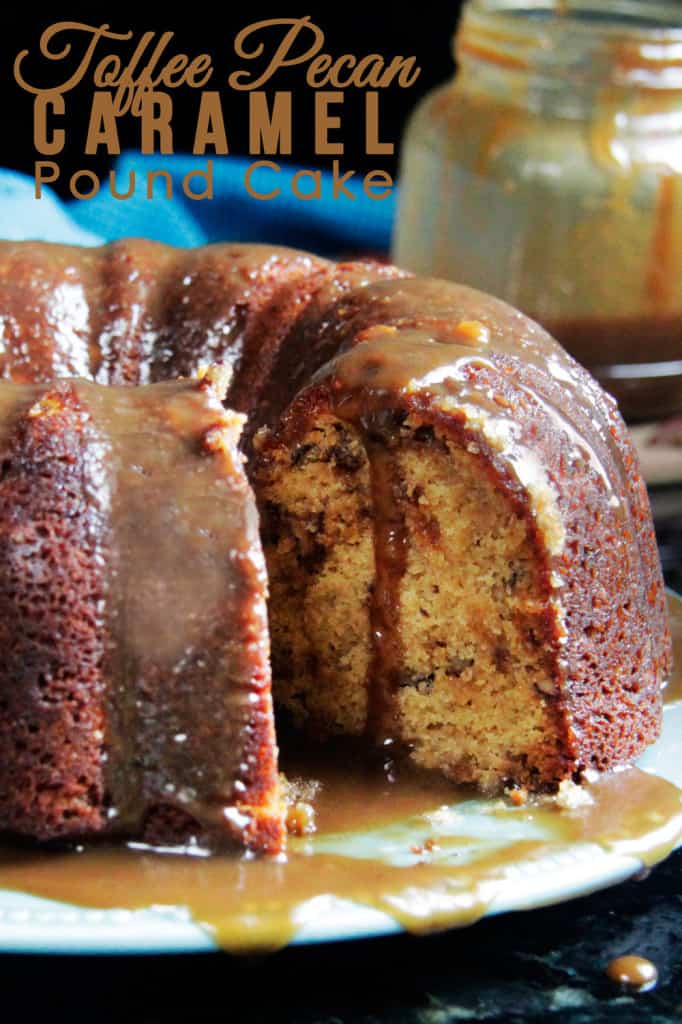 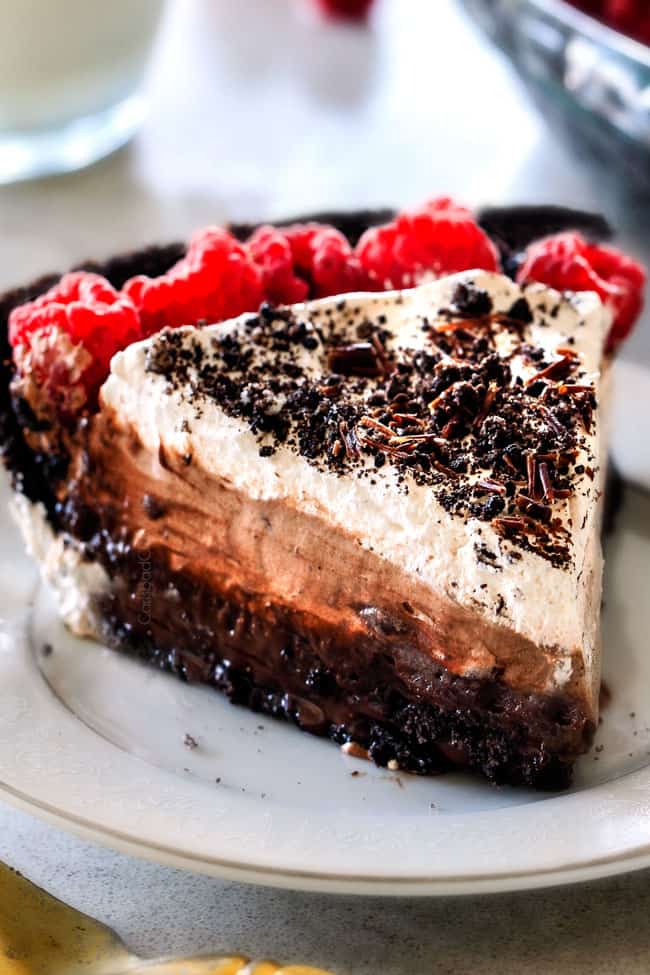 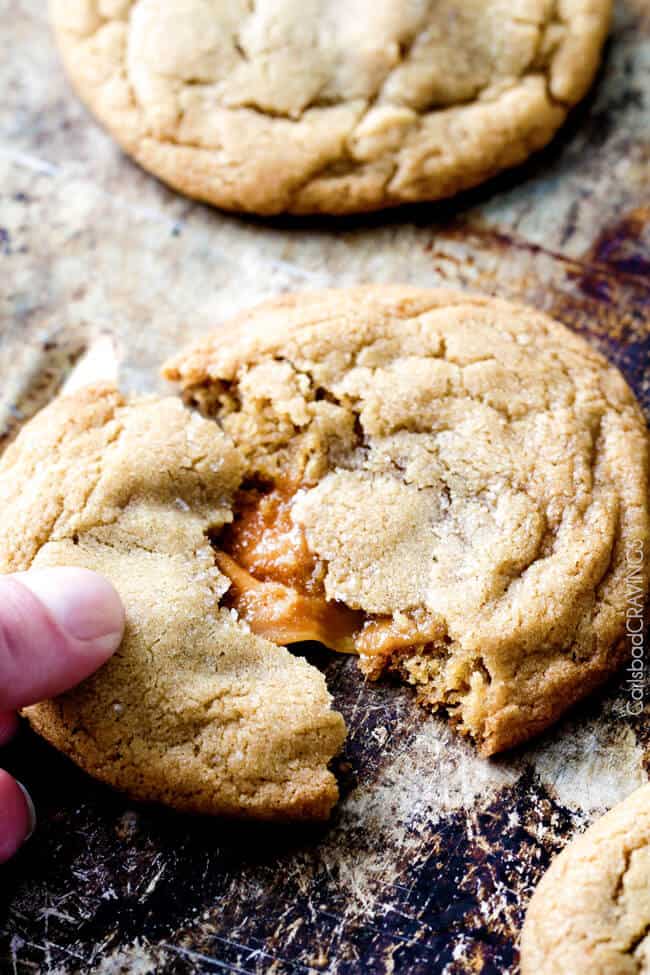 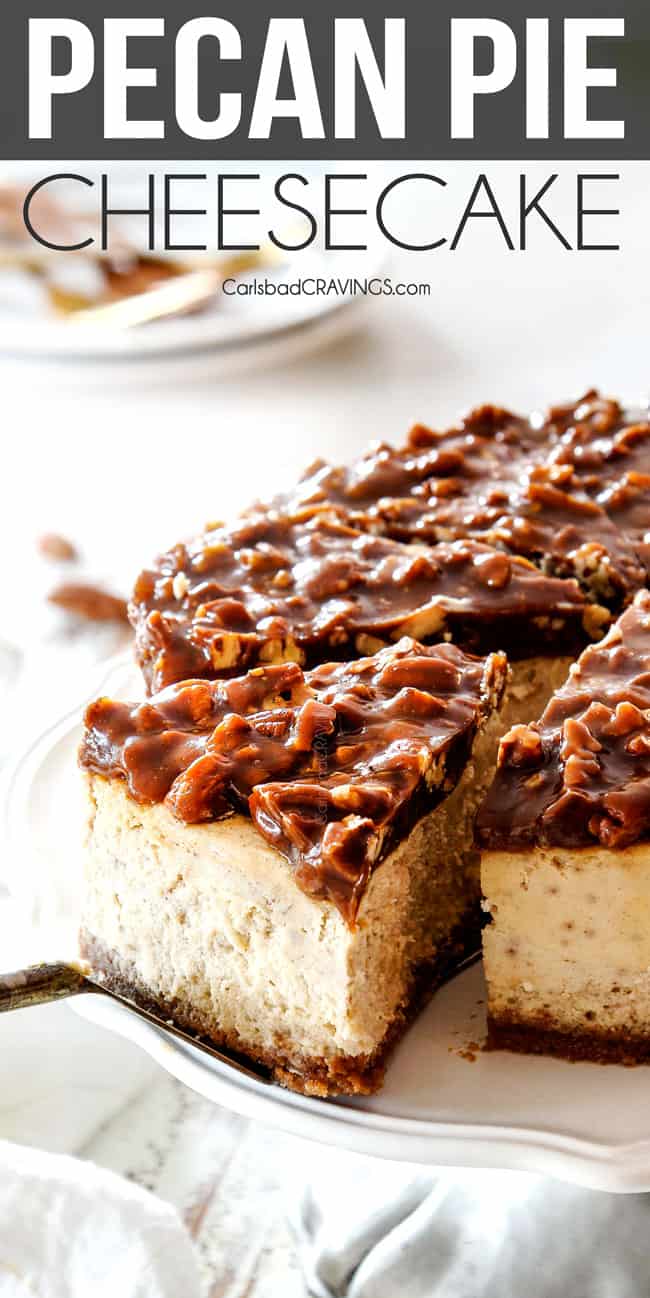 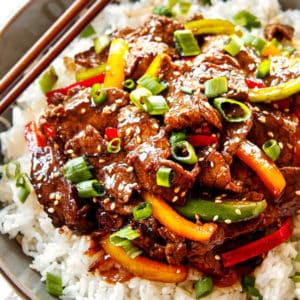 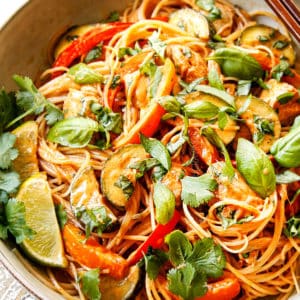 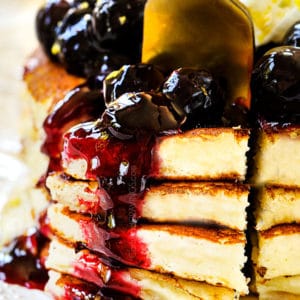