These mini German Apple Pancakes are fluffy, custardy European pancakes baked in muffin tins then loaded with caramelized apples and topped with delectable streusel – does it get any better?!  These Dutch babies may look impressive but are surprisingly simple to make.  Just make the batter with a couple pulses in your blender, pour into muffin tins and bake while you saute the apples and pulse the streusel together.  I guarantee your entire family will fall in LOVE with this German Apple Pancake recipe!

I am so excited about these babies  – Dutch Babies to be exact!  Ever since I saw the idea of a “pancake bowl” on Facebook, the endless filling possibilities have been consuming my dreams until I dreamt up this mini German Apple Pancake recipe.

I took these German Apple Pancakes to a girls youth group where I was teaching some cooking basics and they were consumed.  I even heard a couple girls say:

Girl 1:  “I don’t normally like apple pie, but this is so good,”  as I silently gasped in my mind – who doesn’t like apple pie?  And tried not to judge her taste buds too harshly, because after all, she likes this German Apple Pancake version.

Girl 2: “I know, I usually hate apple pie, but I can’t stop eating this,” as she licks her fingers clean and I am flattered and also shocked at another misguided palate.

So if two girls who “hate” apple pie inhaled these German Apple Pancakes, I can guarantee that if you do like apple pie, you will love them!

Where did German pancakes originate?

What are German Pancakes?

American German pancakes are comparable to a custard-like, thick, fluffy pancakes, a large popover or large Yorkshire pudding.  They are either baked entirely in the oven or started in a pan and then finished in the oven.

Where did German Pancakes Come from?

Despite their name, our version of German pancakes originated in the 1900s in Seattle Washington at a family-run restaurant called Manca’s Cafe.  The owner claims to have coined the name, “Dutch baby” which came about when his young daughter couldn’t pronounce the word “Deutsch,” (German for “German”) and instead said “Dutch.”

I don’t even know how or where to begin to describe the layers of deliciousness that are these German Apple Pancakes.  So, I’ll just start at the very beginning.  It’s a very good place to start.

Simple German pancake batter is baked inside a cupcake pan to create a puffy German pancake bowl that will billow to extreme heights and then settle into a bowl shape as it cools.

The German Apple Pancakes taste like a cross between a souflee and a pancake with slightly crispy edges and a tender center that’s a little more dense than a normal pancake, creating the perfect bed for the apple pie filling.

Warm, soft. cinnamon, brown sugar caramelized apples are then nestled into the pancake bowls… (which by the way are possibly one of my favorite edible anything ever and definitely my favorite part of Fall).

The filling is adorned with a brown sugar crumble topping that broils until golden – just another reason to adore apple pie – and these German Apple Pancakes.

Finally, you are ready to smother your first ever mini German Apple Pancakes in ice cream or dig into the warm, soft German pancake, melt in your mouth brown sugar apples just the way it is.  Because its perfectly, extraordinarily delicious just the way it is.

Are you ready to dig in?

With one bite these German Apple Pancakes will consume your dreams.  And what beautifully delicious dreams they will be.

German Pancakes require only a few pantry ingredients. You will need:

WHAT APPLES ARE BEST FOR German APPLE Pancakes?

I recommend Granny Smith apples over sweeter varieties like Honey Crisp or Fuji for this German Apple Pancake recipe.  You want the contrasting tartness of the Granny Smith Apples to compliment the sweetness – otherwise the caramelized apples with the streusel topping will be too sweet!

How to Make German Apple Pancakes

We love these German Apple Pancakes just with a drizzle of syrup or a la mode with a big scoop of vanilla ice cream. They would also be delicious with:

Line German Apple Pancakes in a single layer in an airtight container.  Store in the refrigerator for 3-5 days.  Reheat pancakes in the oven for best results.  You may reheat in the microwave but they may become a bit rubbery.

HOW TO FREEZE GERMAN APPLE PANCAKES

For best results, reheat from frozen in the oven.  Cover German Apple Pancakes with foil, bake at 350 until warmed though, remove foil then bake an additional 5-10 minutes.

Can I make German Pancakes Ahead of Time?

The German Pancake batter can be made 24 hours in advance, covered and refrigerated. This makes breakfast a snap to come together! You may also caramelize your apples and make the streusel ahead of time and store in separate airtight containers. Warm apples gently before filling the pancakes.

PIN IT TO YOUR BREAKFAST, BRUNCH OR DESSERT BOARD TO SAVE FOR LATER! 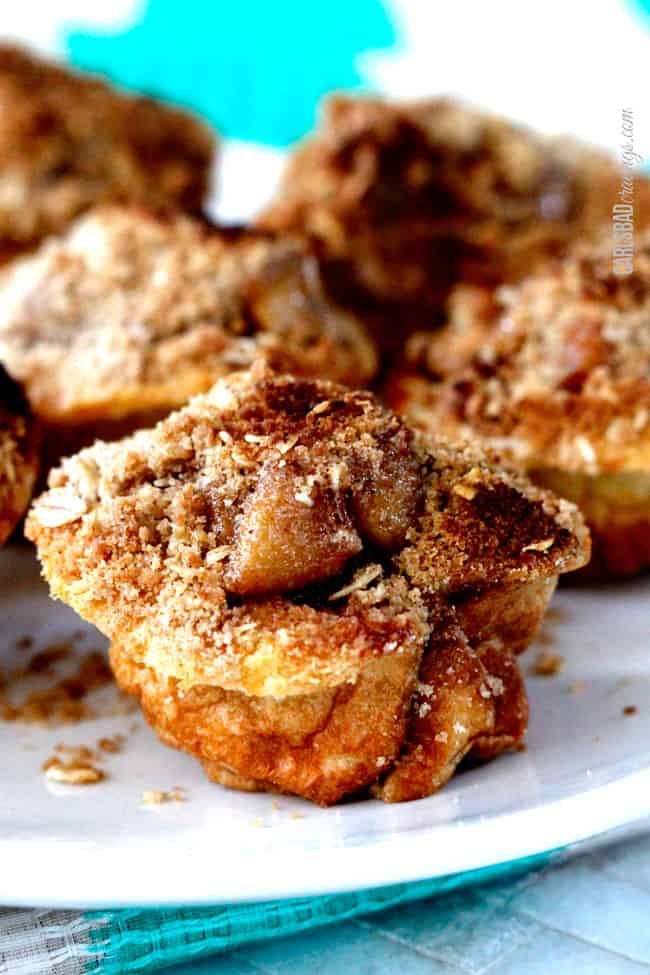 German pancakes taste more "eggy" than regular pancakes - and are delicious! but just don't want you to expect the traditional pancake texture.

Carlsbad Cravings Original with Pancake Bowls from Gimme Some Oven 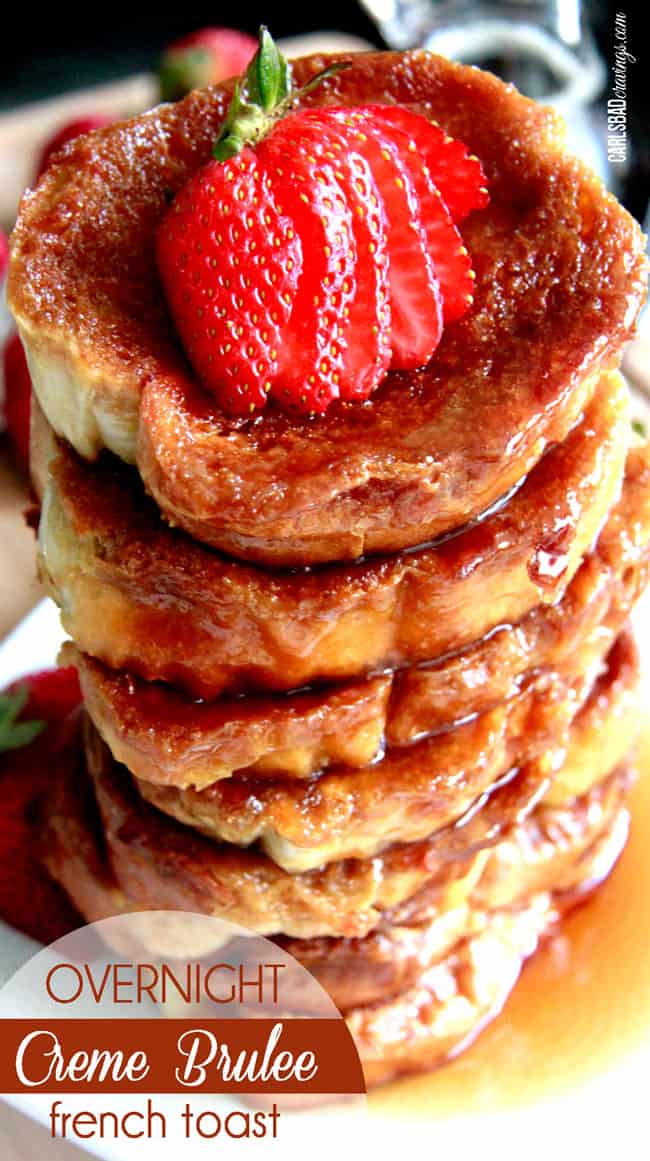 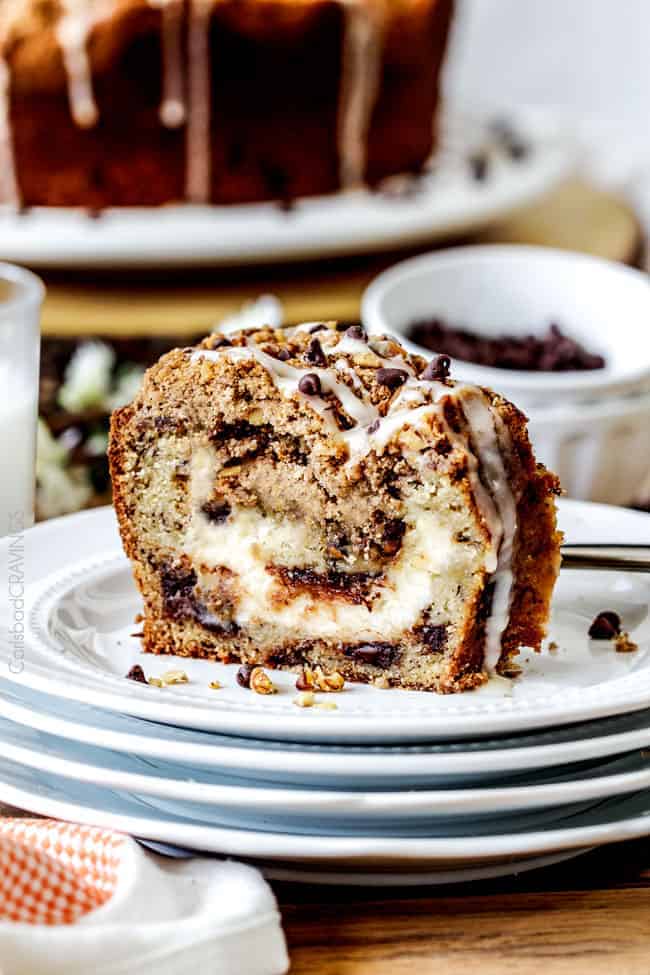 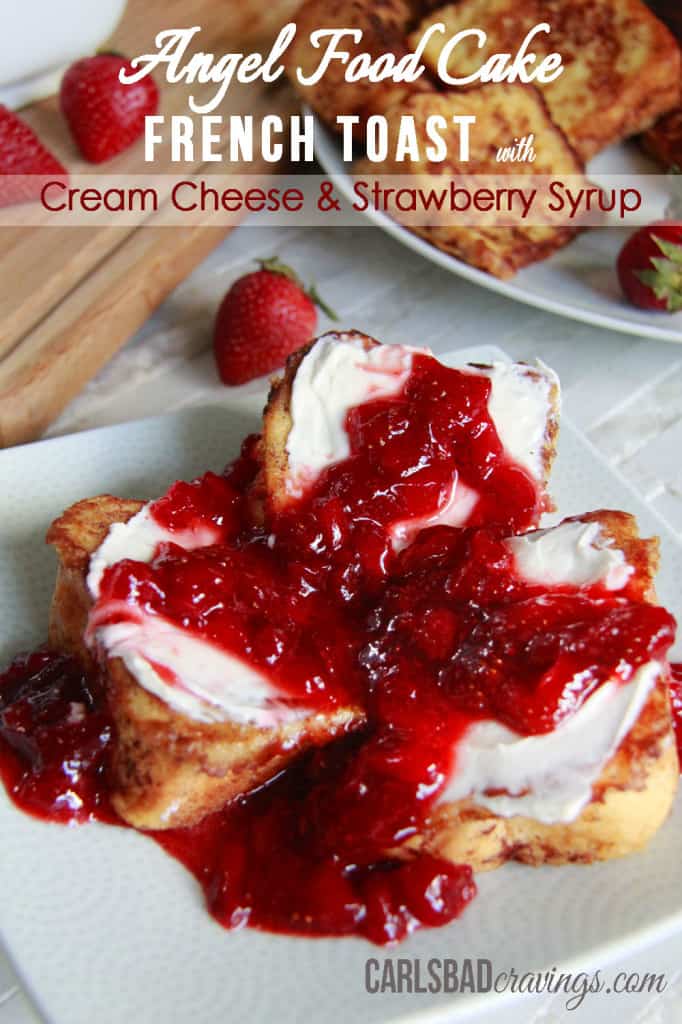 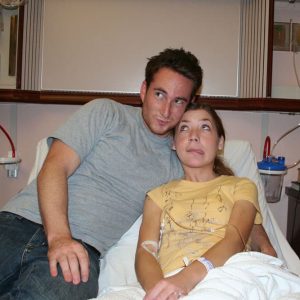 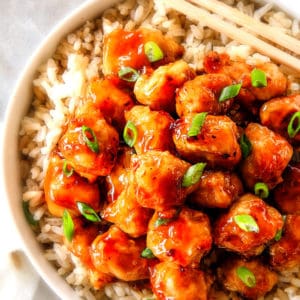 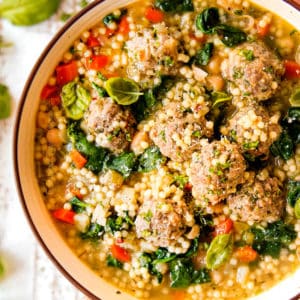 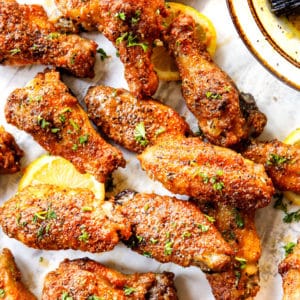